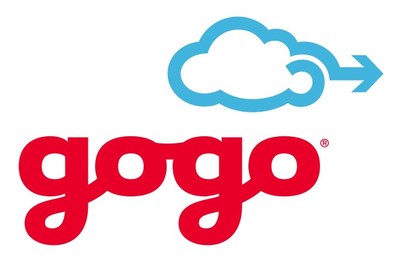 "Our BA segment achieved its highest ever quarterly revenue and EBITDA and we believe this segment is well positioned for continued growth," said , Gogo's President and CEO.   "Our segment showed solid service revenue growth over Q2 2017, excluding .  Our 2Ku operating metrics continue to improve and are helping to drive increased customer satisfaction."

"Our second quarter results were elevated by the strong BA performance, a reduction and the timing of operating costs, and higher CA Net Service Revenue, among other items, and we maintain our 2018 Adjusted EBITDA guidance range of ," said , Gogo's Executive Vice President and CFO. "We are beginning to realize the benefits of our 'Gogo 2020' plan and we believe these operational improvements will drive strong EBITDA growth going forward."

The Company will host its second quarter conference call on at . A live webcast of the conference call, as well as a replay, will be available online on the Investor Relations section of the company's website at http://ir.gogoair.com. Participants can access the call by dialing (844) 464-3940 (within and ) or (765) 507-2646 (international dialers) and entering conference ID number 5286077.

We report certain non-GAAP financial measurements, including Adjusted EBITDA and Cash CAPEX, in the supplemental tables below.  Management uses Adjusted EBITDA and Cash CAPEX for business planning purposes, including managing our business against internally projected results of operations and measuring our performance and liquidity. These supplemental performance measures also provide another basis for comparing period to period results by excluding potential differences caused by non-operational and unusual or non-recurring items. These supplemental performance measurements may vary from and may not be comparable to similarly titled measures by other companies. Adjusted EBITDA and Cash CAPEX are not recognized measurements under accounting principles generally accepted in , or GAAP, and when analyzing our performance with Adjusted EBITDA or liquidity with Cash CAPEX, as applicable, investors should (i) evaluate each adjustment in our reconciliation to net loss attributable to common stock, and the explanatory footnotes regarding those adjustments, (ii) use Adjusted EBITDA in addition to, and not as an alternative to, net loss attributable to common stock as a measure of operating results, and (iii) use Cash CAPEX in addition to, and not as an alternative to, consolidated capital expenditures when evaluating our liquidity. No reconciliation of the forecasted range for Adjusted EBITDA for fiscal 2018 is included in this release because we are unable to quantify certain amounts that would be required to be included in the corresponding GAAP measure without unreasonable efforts and we believe such reconciliation would imply a degree of precision that would be confusing or misleading to investors. In particular, we are not able to provide a reconciliation for the forecasted range of Adjusted EBITDA due to variability in the timing of aircraft installations and deinstallations impacting depreciation expense and amortization of deferred airborne leasing proceeds.

Certain disclosures in this press release and related comments by our management include forward-looking statements within the meaning of the Private Securities Litigation Reform Act of 1995.  These forward-looking statements include, without limitation, statements regarding our business outlook, industry, business strategy, plans, goals and expectations concerning our market position, international expansion, future technologies, future operations, margins, profitability, future efficiencies, capital expenditures, liquidity and capital resources and other financial and operating information. When used in this discussion, the words "anticipate," "assume," "believe," "budget," "continue," "could," "estimate," "expect," "intend," "may," "plan," "potential," "predict," "project," "should," "will," "future" and the negative of these or similar terms and phrases are intended to identify forward-looking statements in this press release.

Gogo is the inflight internet company.  We are the leading global provider of broadband connectivity products and services for aviation. We design and source innovative network solutions that connect aircraft to the Internet, and develop software and platforms that enable customizable solutions for and by our aviation partners.  Once connected, we provide industry leading reliability around the world. Our mission is to help aviation go farther by making planes fly smarter, so our aviation partners perform better and their passengers travel happier.

Gogo's products and services are installed on thousands of aircraft operated by the leading global commercial airlines and thousands of private aircraft, including those of the largest fractional ownership operators.  Gogo is headquartered in with additional facilities in and locations across the globe. Connect with us at gogoair.com.

Adjusted EBITDA represents EBITDA adjusted for (i) stock-based compensation expense, (ii) amortization of deferred airborne lease incentives, (iii) amortization of STC costs and (iv) the accounting impact of the transition to the airline-directed model. Our management believes that the use of Adjusted EBITDA eliminates items that, management believes, have less bearing on our operating performance, thereby highlighting trends in our core business which may not otherwise be apparent. It also provides an assessment of controllable expenses, which are indicators management uses to determine whether current spending decisions need to be adjusted in order to meet financial goals and achieve optimal financial performance.

We believe the exclusion of stock-based compensation expense from Adjusted EBITDA is appropriate given the significant variation in expense that can result from using the Black-Scholes model to determine the fair value of such compensation. The fair value of our stock options is determined using the Black-Scholes model and varies based on fluctuations in the assumptions used in this model, including inputs that are not necessarily directly related to the performance of our business, such as the expected volatility, the risk-free interest rate and the expected life of the options. Therefore, we believe the exclusion of this cost provides a clearer view of the operating performance of our business. Further, stock option grants made at a certain price and point in time do not necessarily reflect how our business is performing at any particular time. While we believe that investors should have information about any dilutive effect of outstanding options and the cost of that compensation, we also believe that stockholders should have the ability to consider our performance using a non-GAAP financial measure that excludes these costs and that management uses to evaluate our business.

We believe it is useful for an understanding of our operating performance to exclude the accounting impact of the transition by one of our airline partners to the airline-directed model from Adjusted EBITDA because of the non-recurring nature of this activity.

We also present Adjusted EBITDA as a supplemental performance measure because we believe that this measure provides investors, securities analysts and other users of our financial statements with important supplemental information with which to evaluate our performance and to enable them to assess our performance on the same basis as management.

Cash represents capital expenditures net of airborne equipment proceeds received from the airlines. We believe Cash CAPEX provides a more representative indication of our liquidity requirements with respect to capital expenditures, as under certain agreements with our airline partners we are reimbursed for all or a substantial portion of the cost of our airborne equipment, thereby reducing our cash capital requirements.